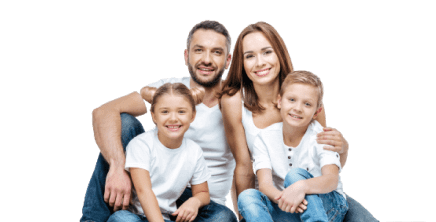 Find a legal form in minutes

Note:  This summary is not intended to be an all inclusive discussion of Vermont’s   construction or mechanic’s lien laws, but does include basic provisions.

What is a construction or mechanic’s lien?

Every State permits a person who supplies labor or materials for a construction project to claim a lien against the improved property. While some states differ in their definition of improvements and some states limit lien claims to buildings or structures, most permit the filing of a document with the local court that puts parties interested in the property on notice that the party asserting the lien has a claim. States differ widely in the method and time within which a party may act on their lien. Also varying widely are the requirements of written notices between property owners, contractors, subcontractors and laborers, and in some cases lending institutions. As a general rule, these statutes serve to prevent unpleasant surprises by compelling parties who wish to assert their legal rights to put all parties who might be interested in the property on notice of a claim or the possibility of a claim. This by no means constitutes a complete discussion of construction lien law and should not be interpreted as such. Parties seeking to know more about construction laws in their State should always consult their State statutes directly.

Who can claim a lien in this State?

When a contract or agreement is made, whether in writing or not, for erecting, repairing, moving or altering improvements to real property or for furnishing labor or material therefor, the person proceeding in pursuance of such contract or agreement shall have a lien upon such improvements and the lot of land on which the same stand to secure the payment of the same.

A person who by virtue of a contract or agreement, either in writing or parol, with an agent, contractor or subcontractor of the owner thereof, performs labor or furnishes materials for erecting, repairing, moving or altering such improvements shall have a lien, to secure the payment of the same upon such improvements and the lot of land upon which the same stand, by giving notice in writing to such owner or his or her agent having charge of such property that he or she shall claim a lien for labor or material. Such lien shall extend to the portions of the contract price remaining unpaid at the time such notice is received.

How long does a party have to claim a lien?

A lien herein provided for shall not continue in force for more than one hundred and twenty days from the time when payment became due for the last of such labor performed or materials furnished unless a notice of such lien is filed in the office of the town clerk as hereinafter provided.

How long is a lien good for?

Does this State require or provide for a notice from subcontractors and laborers to property owners?

The Vermont statute regulating mechanic’s liens is very brief and contains no provision for these type of notices.

Does this State require or provide for a notice from the property owner to the contractor, subcontractor, or laborers?

The Vermont statute regulating mechanic’s liens is very brief and contains no provision for these type of notices.

Does this State require a notice prior to starting work, or after work has been completed?

Does this State permit a person with an interest in property to deny responsibility for improvements?

No.  Vermont law does not permit a notice of denial of responsibility for unauthorized improvements.

Is a notice attesting to the satisfaction of a lien provided for or required?

No.  Vermont statutes do not provide for or require that a lien holder who has been paid produce or file a notice to that effect.

Need a Personal Loan? USLegal has the lenders!
--Apply Now--